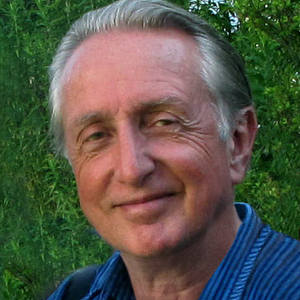 Since graduating with a degree in philosophy, installation artist/photographer Gregg LeFevre has created over 120 site specific public art works in cast metal that provide insight about the nature and character of particular places. He often uses cast relief images and text to illustrate the traits that contribute to the unique personality of a place. His works can be found underfoot in all types of pedestrian spaces, from plazas, parks, bike paths and trails, to lobbies and arcades. He also often works in series, creating a walkway of related pieces. Here in New York he has over a dozen such projects. His best known work is Library Walk: 100 bronze reliefs set in the sidewalks of 41st Street, each referencing a different aspect of world literature. They are oriented in a way that leads the viewer toward the front door of the 41st Street Library on Fifth Avenue.

Mr. LeFevre has had his works commissioned by New York, Miami, Chicago, Boston, Las Vegas, Seattle, Los Angeles, and many other American cities. He has exhibited widely in the United States. A resident of New York City, he has received grants from the National Endowment for the Arts, the Browne Fund, and in collaboration with the Grand Central Partnership, an award for excellence in design from the Arts Commission of the City of New York. 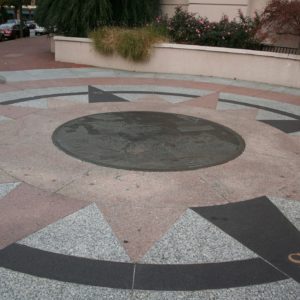 Hampton Roads consists of two bronze maps created for the…