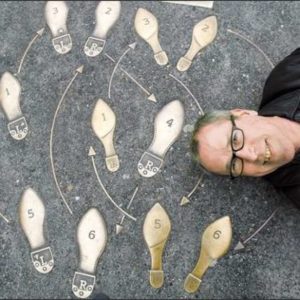 Where are you from? Seattle is home-base.

What inspires you? I draw upon site-provided guides by studying various “site environments” – indigenous, social, perceptual, information, and transportation. Each environment offers specific information about who uses, or might use, a site; who the people, flora and fauna of a place are, were, and might be; what site locally available materials, tools and techniques might be incorporated; how “inside” is influenced by “outside;” how weather, light, and atmospherics influence perception of site; how information about a site is disseminated to users; what modes of transit people use as the move through a place.

What’s your favorite medium? Why? Collaboration, genuine collaboration because it is a vital tool of contemporary public art with the results being better than first imagined and far greater than the individual parts that created it. The collaborative process is an essential instrument for community-based work. This because collaboration mixes people with distinctly different backgrounds, training and skills; unites people whose perspectives towards problem solving leans towards open-ended questions; combines people with particular technical expertise; fuses people whose views reflect a wide range of cultural, generational, and ethnic concerns; and bonds people who recognize that while public art demands an enlightened attitude, it is the art of making places public fosters that attitude.

How did you get started in producing public art? In 1978 I competed for a project that called for an artist to join an urban design team. Having no idea what it meant to be an artist on a design team, I applied for the project saying I would bring to the design team the tools of the studio – examination, challenge, testing, rejection, reconfiguration, examination, testing etc – and to a project based in building community, serving community need. The messy collaborative process, characterized by cooperative acts of government rather than co-optive management, with a large group of thinkers focused on serving a public effort led me to abandon the single voice pretext of gallery/museum white walls for the grey ambiguities, the give-and-take, the multiple voices of our concrete sidewalks.

Is there a difference between studio versus public art? Explain. Studio = artist. Public = public. And just because an artist’s work is located outside does not make the work public. If the work is too big to fit through the gallery door’s it can still be just about the artist – content driven entirely by the artist, site context being irrelevant.

How many times did you apply before getting your first commission? Have no idea. I still apply for general call RFQs and am rejected or included. What I do not do is apply to Requests for Proposals.

Are there any challenges in the process of getting commissioned? Every jury is crap-shoot. Juries are sometimes assembled for political reasons rather than being project responsive. Juries often make decisions based upon museum guided art principles and do not understand that museum/studio art is not public art. Juries often abandon or ignore the scope of work spelled out in the RFQ and invent their own criteria almost on the fly.

More and more art program managers are coming from art history backgrounds, have no studio experience, have no comprehension of how things are made, and would really rather be at the Louvre studying French Renaissance paintings, but there are no jobs in that field where they live in the States, so they get a job as a public art manager.

Similarly, people coming out of studio art schools have been busy studying all the art that’s stored at the Louvre and see working in public as an opportunity to “do their art,” and sometimes, as one studio-based artist said when he got his first public commission, this was a chance, “… to do something really really big.”

So the processes of public art work, already complicated by use of public funds and the scrutiny that comes with that, are compounded by people who do not recognize and who often have not even considered the vast differences between studio work and public work.

The problem is shared equally by art program managers, artist selection committees, and by the artists themselves.