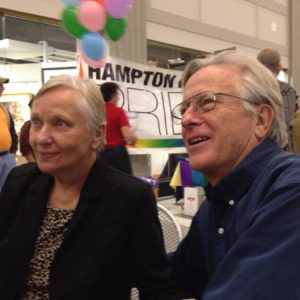 Wopo Holup was a New York based artist who completed more than two dozen public art projects across the country. Holup’s bronze and iron work can be found at the Philadelphia Zoo, Historic Battery Park in Manhattan, and the Tampa International Airport, among many others. Collaborations with architects, government agencies, and inspired communities helped Holup to achieve her artistic goals. Articles and responses to Holup’s work have appeared in Sculpture, Landscape Architecture, and The New York Times.

Born April 2, 1937, in San Diego, Wopo’s family settled in the Dallas area in the early 1950s. She studied art at Arlington State College and in 1965 received a bachelor’s degree from the San Francisco Art Institute. Two years later, she received a master’s degree from Mills College.

Her first publicly commissioned art piece was in 1987, a Vietnam War Memorial in Forest City, Pa. 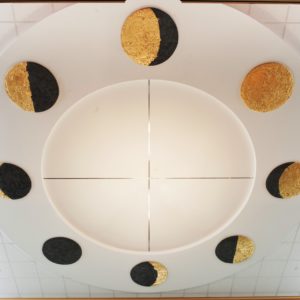 Wopo Holup created “Metamorphosis” for Crossroads  School.  Metamorphosis is a work about progressive…