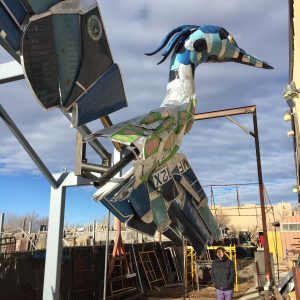 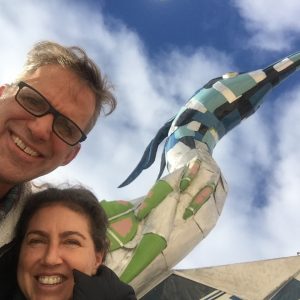 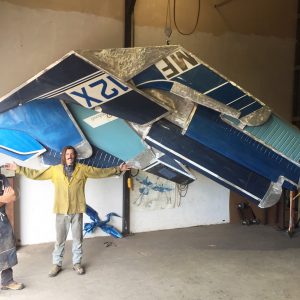 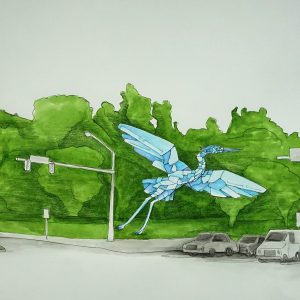 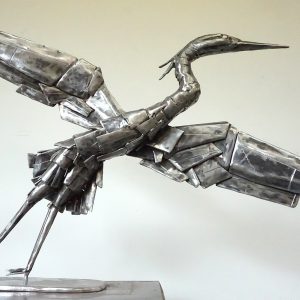 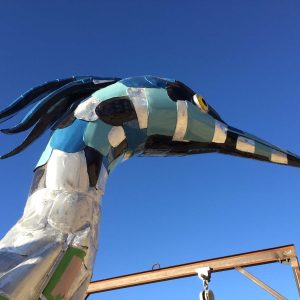 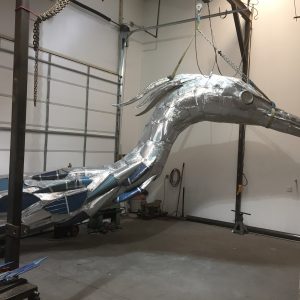 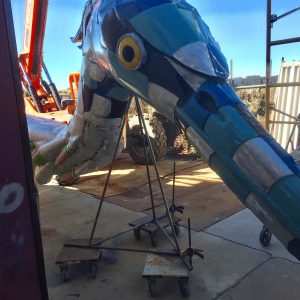 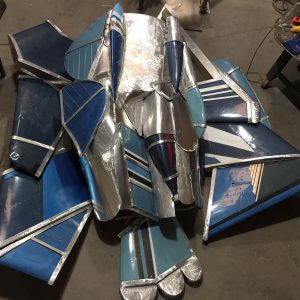 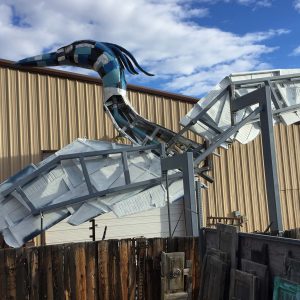 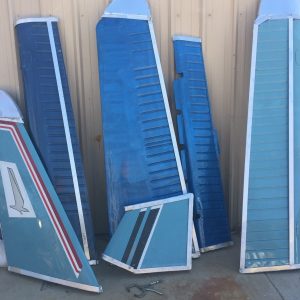 COMING: JUNE 5, 2021
The Public Art Planning Committee selected Don Kennell to design and create exterior artwork that will signal Norfolk as a friendly and welcoming city. The art will be site-specific, creatively stimulate thought and conversation, and be relevant to Norfolk. The artwork will create a sense of arrival, originality and momentarily relieve the stresses of air travel.

Don uses imagery that is engaging and relevant. Much of his work is inspired by animals because people identify with them. While his iconography comes mostly from the natural world, his process of layering metals to create the form gives the work an industrial sensibility. Since much of the material is also recycled, it further retains a postmodern awareness of multiple narratives.

Don has transformed aluminum salvaged from decommissioned aircraft into a 30’tall, 40’wide blue heron. He finds that the transformation of unlikely materials adds a layer of content which turns the tables on the paradigm of a throw away culture and awakens a curiosity and awareness amongst viewers.

Don received his MFA from Rutgers University, NJ, his BFA from the University of Houston, TX, and his AA from Casper College in Wyoming.