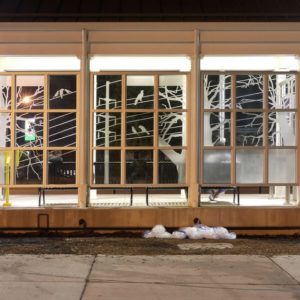 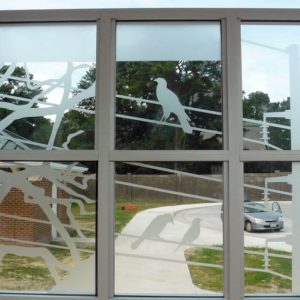 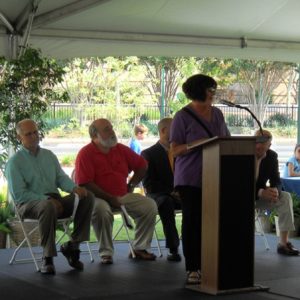 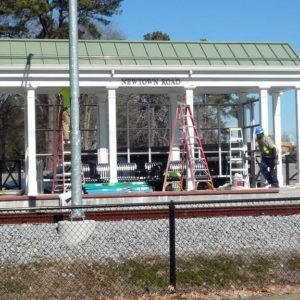 Images inspired by the many old trees of Easton Forest in Easton Place were etched onto the windscreens to mimic the window placement of The Tide trains.

Did you know?
As noted on a nearby historical marker, the Newtown station is located near the site of
“New Town”, a port laid out in 1697 and established as a town in 1740, on the Eastern Branch of the Elizabeth River. It was an important port of entry until shortly after the Revolutionary War. During the siege and burning of Norfolk, many residents fled to New Town for temporary shelter. Waterways were commonly used for travel and transport of goods. The present day harbor and ports of the Norfolk area continue those uses today.