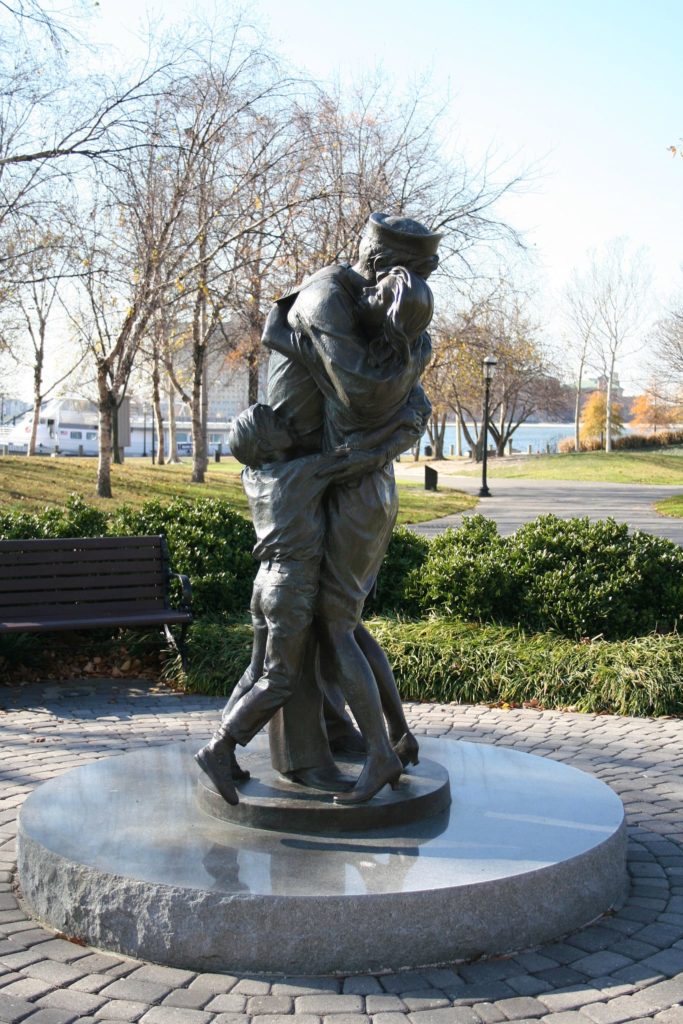 Town Point is where Norfolk began, in 1860 the General Assembly of his Majesty’s Colony of Virginia enacted a law requiring each county to establish and develop a town site. In lower Norfolk County fifty acres of land at the entrance of the eastern branch of the Elizabeth River were purchased from Nicholas Wise, thus assuring the town of good water access to the surrounding areas. County surveyor John FerebEe, laid out Front Street (now Main Street) on high ground and the town was divided into half-acre sites for dwelling houses and warehouses.

This larger than life statute of a US Navy sailor being greeted by his family upon return from sea duty has particular significance because it was dedicated the same week the crew of the USS Cole returned to Norfolk, Va following the terrorist attack in Yemen.

While the statue was not commissioned through the City’s 1% for art program the program does maintain the piece which is a frequently visited project just a few steps from the Armed Forces Memorial located on the other side of Nauticus along the Elizabeth River.