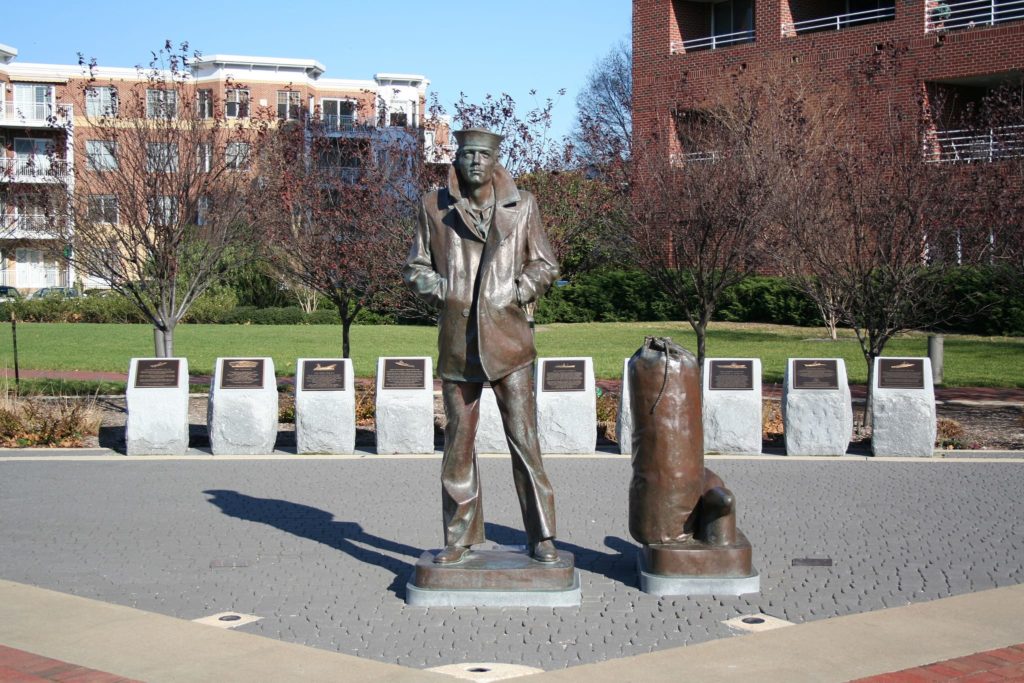 The work is a life-sized sailor and duffel bag in cast bronze, edition and signed in 2001. The two elements sit separately on cast ferroconcrete plinths. The work is on a brick plaza surrounded by 10 plaques on granite bases.

The Lone Sailor© statue represents the past, present and future Navy bluejacket – adventurous, independent, courageous, self-reliant, and resourceful. His authentic image evokes the lure and romance of service at sea. The dedication of The Lone Sailor© statue occurred on May 25, 2002. The statue is on Wisconsin Square facing the bridge of the Battleship USS Wisconsin. Because Norfolk is the home of the U.S. Atlantic Fleet, it serves as a natural home for The Lone Sailor©. The Norfolk statue is surrounded by eight bronze commemorative plaques of Norfolk-based ships and submarines that have met with tragedy – and one plaque that recalls the 9/11 terrorist attack on the Pentagon. The plaques are: USS Cole, USS Forrestal, USS Iowa, USS Liberty, USS Nimitz, USS Newport News, USS Scorpion, and The Pentagon. The Norfolk Lone Sailor©, and its moving site were donated by “Friends of the United States Navy Memorial” – made up of hundreds of individuals and local organizations that pledged their support.