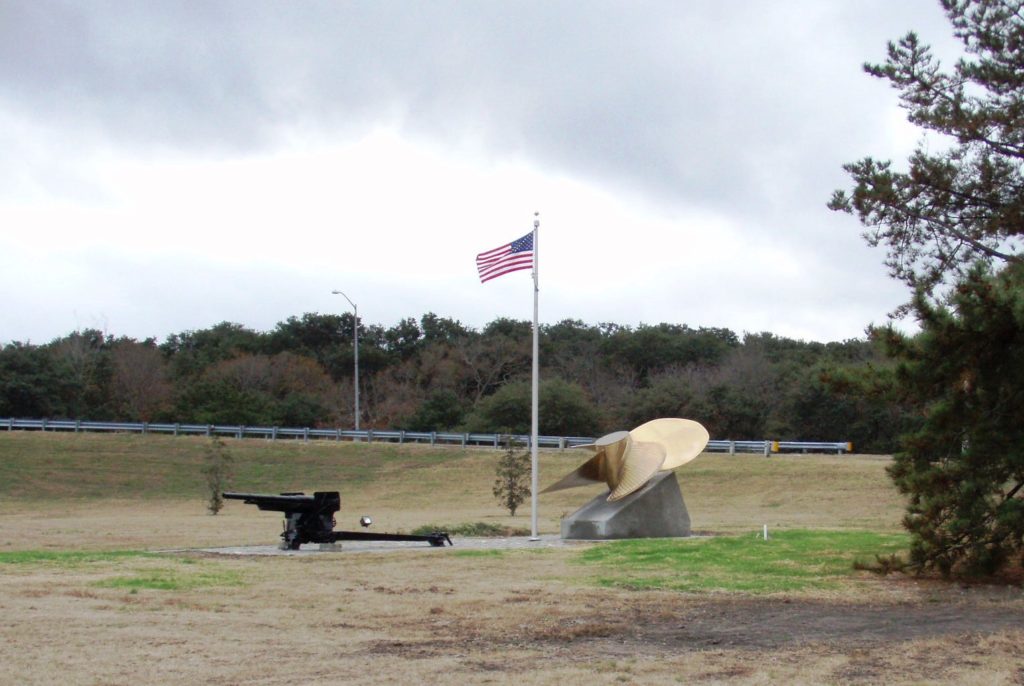 This propeller is from the USS Intrepid (CV-11) aka “The Fighting I”, an Essex Class Carrier built during World War II. Intrepid was launched on 26 April 1943 across the river at Newport News Shipbuilding & Dry Dock Co. She has one of the most distinguished service records of any Navy ship, seeing active service in the Pacific Theater including the Marshall Islands, Truk, Leyte Gulf, and Okinawa. At war’s end, she supported occupation forces by providing air support and supply services. Not only was she a war fighter, she also participated in the Gemini and Mercury space programs as a recovery ship.

After 30 years of distinguished service Intrepid was retired and scheduled for disposal until a campaign saved her and she was converted to a museum in 1982. Four years later the ship was designated as a National Historic Landmark and is now is moored in New York City. Over the years, “The Fighting I” has hosted many special events including wrestling events, press conferences, parties and was designated an FBI operations center immediately following the September 11, 2001 terrorist attacks.

The propeller was originally located at Town Point Park but was removed during renovations.  Council Member Randy Wright and members of the Ocean View Civic League requested a Navy artifact for Ocean View.  Bobby Heninger at Warsila Defense in Chesapeake volunteered their services to make needed repairs and the City covered the cost of shipping and installation.  The propeller was reinstalled in Ocean View by the flag pole at Sarah Constant Park on the side of the overpass area called “monkey bottom”.