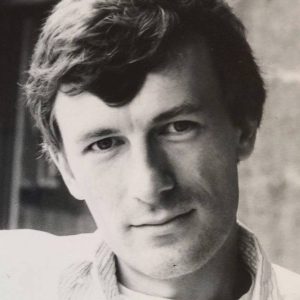 In the months before he died, David Joyce took his work into a new dimension. The Eugene artist was known for his black and white contour photographs of people, such as the flying people mural at the Eugene Airport. He developed a national reputation of making intricate photomosaics out of thousands of individual portraits merged together. Eventually, non-Hodgkins lymphoma took his life. In his later years he turned to smaller more contained work he could easily do alone at his desk.

From his facebook page:
“David was an instructor in Lane’s Art & Applied Design/Media Arts department for twenty-five years, and an influential artist in the community. He is best known for his flying people mural “Flight Patterns” at the Eugene Airport and concentrated his later works on digital photo mosaics and life-sized photographic cut-outs.

David touched the lives of hundreds of students; inspiring young artists in achieving their dreams. David was highly revered by his colleagues and peers. Many artists that have been featured in the Gallery knew David, or had taken one of David’s classes. Also an accomplished harmonica player and dancer, David is remembered as having a great, playful sense of humor and an angelic spirit.” 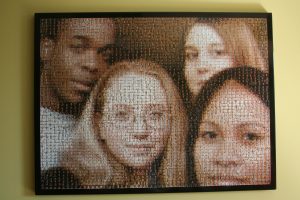 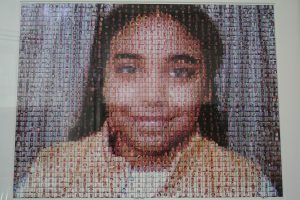 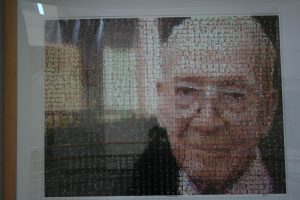