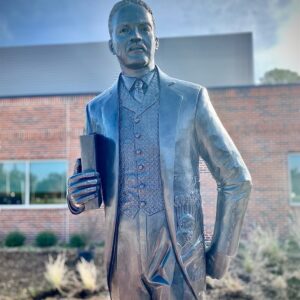 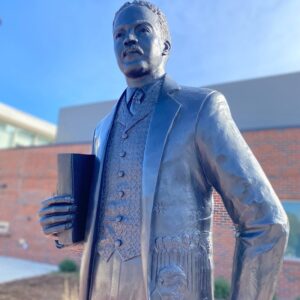 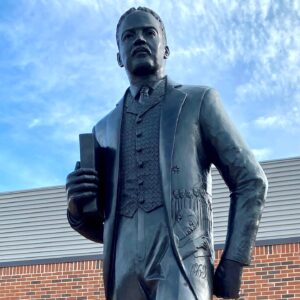 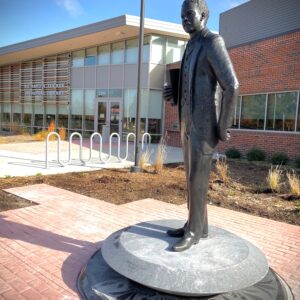 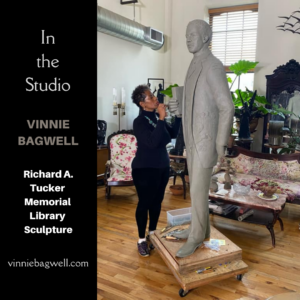 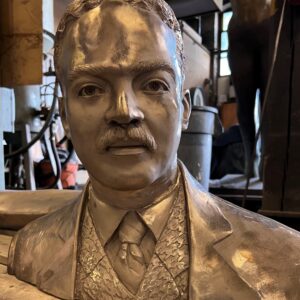 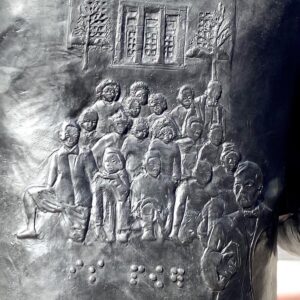 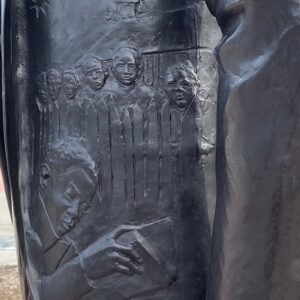 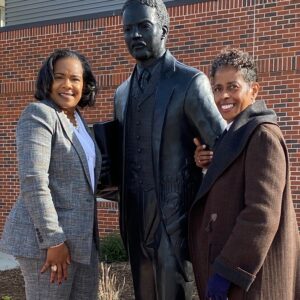 Bas-relief details highlight the rich culture and history of the Campostella community and the people who live, work and contribute to its continued legacy! The artwork addresses history and the untold stories of the past while pointing to the future. Campostella has embraced STEM ideas in their schools and in this new library. The 8ft. realistic bronze sculpture is mounted upon a black granite pedestal and finished with Vinnie’s signature polished black patina.

Richard A. Tucker
Richard Allen Tucker was born in Norfolk City, Virginia, in February 1850. He attended Howard University for training in Theology. In 1876, Norfolk Public Schools (NPS) hired Tucker as a school teacher, and in 1888, he became rector (principal) of the Cumberland Street School (renamed the S.C. Armstrong School), the first African American school built by NPS. The school was later renamed the Tucker School. He married Josephine Spooner in 1874, and their union produced twelve children.

Listen to one of Vinnie’s videos on her YouTube channel

« The Future is in the Margins

Dance To The Music »