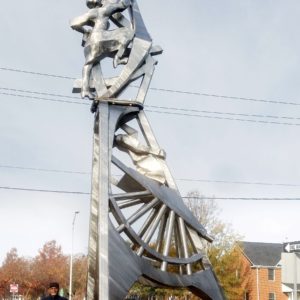 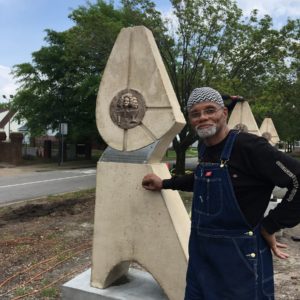 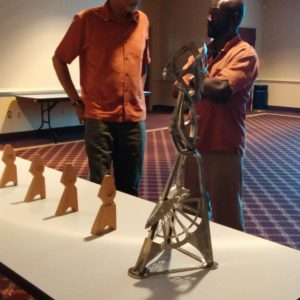 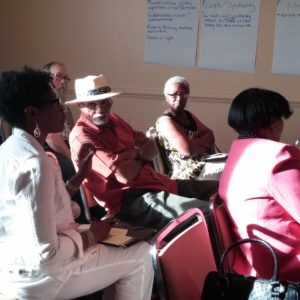 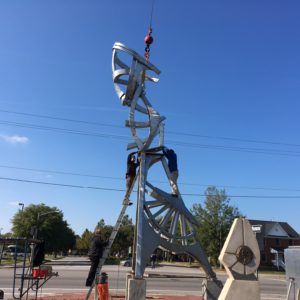 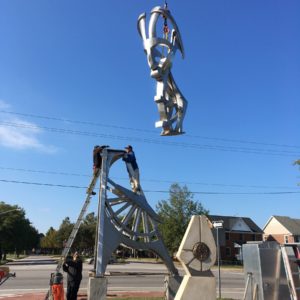 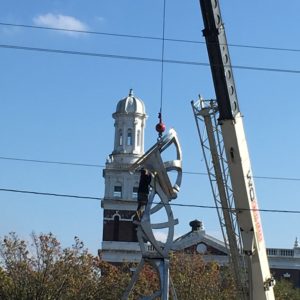 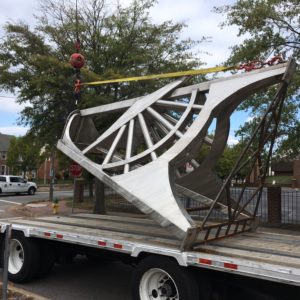 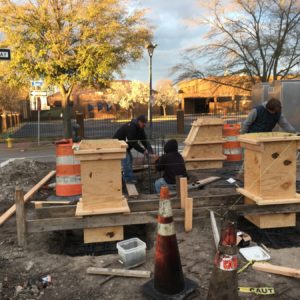 Ascension to a Higher State of Being

The Church St./Attucks Public Art Planning Committee selected artist Ayokunle Odeleye to design and create artwork to celebrate the rich history and reflect the diversity of the cultural heritage of Church Street welcoming everyone to a place of inclusion.

Odeleye delved into the rich history of the area by interviewing residents to find out what was significant to them and why. The concrete forms act as signage and allow the community to have a voice on historically important themes. A female form climbing to the top “symbolizes how immigrants from all over the world had to figure out how to move up the social structure; this was particularly true of blacks and women,” states the artist. An image of a man holding a hammer represents the working class. Navigational guides called sextants are prominent to represent Norfolk’s ties to the Navy. The African mask at the top of the piece “symbolizes the contribution of African Americans,” stated Odeleye. “The community indicated that spirituality sustained them, so I used a symbol of a church; a raised fist indicates activism and fighting for civil rights against the massive resistance of politicians of VA to defy racial integration in the schools in the 1950’s. Rather than integrate, they just closed the schools.” explained the artist.

Ascension to a Higher State of Being was dedicated January 15, 2018 during the Martin Luther King memorial at the Attucks Theatre.