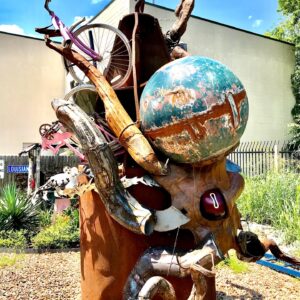 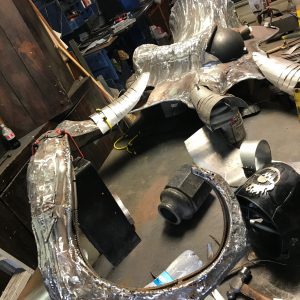 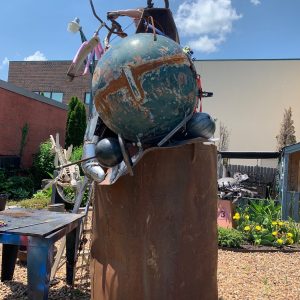 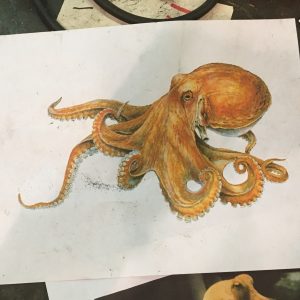 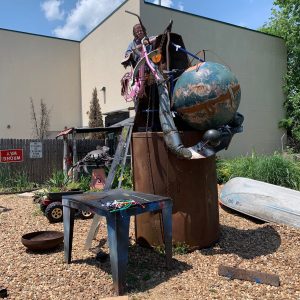 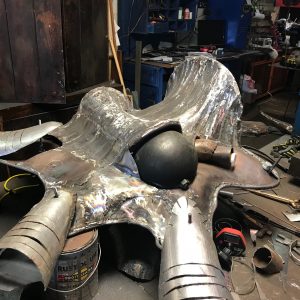 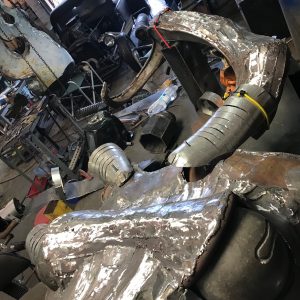 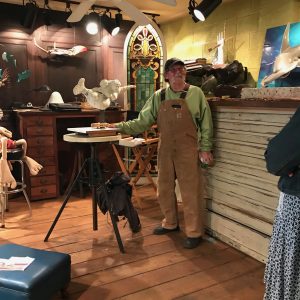 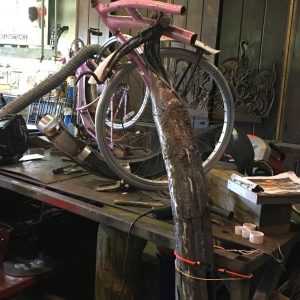 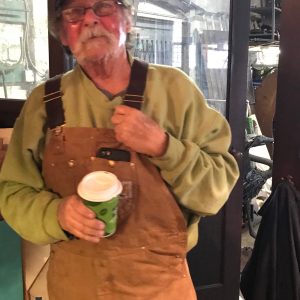 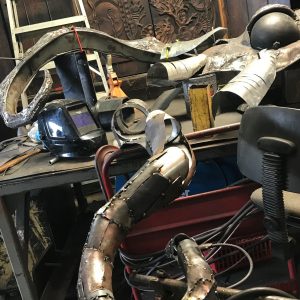 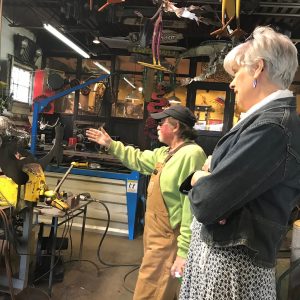 The Elizabeth River Trail Chelsea Public Art committee selected Norfolk artist Bage to create an artwork that speaks to the progressive, creative vibe of Chelsea to serve as a gateway, or point of transition between the trail and the neighborhood.

The 10ft. legendary cephalopod-like sea monster sculpture is constructed of a recycled buoy with bowling balls for eyes. A school of fish created of stainless steel encircles the sculpture. Bikes and other commonly seen items along the recreational trail appear as captured prey. Materials reference the nearby shipyard such as boat flooring that forms the soles of a pair of boots created entirely of scrap metal. Cut pipes line the arms to form suckers. Rumor has it a tooth lost during construction may be buried inside.

Bage served as lead artist during the summer of 2008 and worked with student’s of Norfolk’s Emerging Leaders program to create a public art project for the Main St. Garage called “Sign of the Times”.