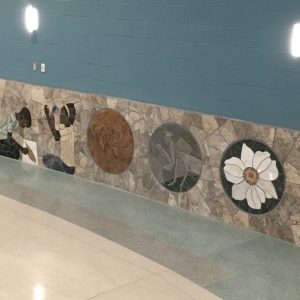 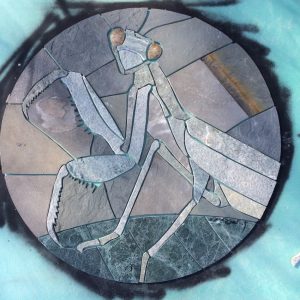 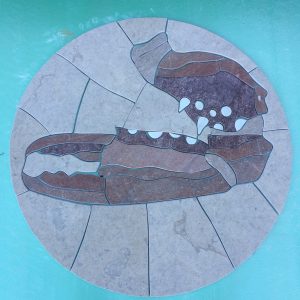 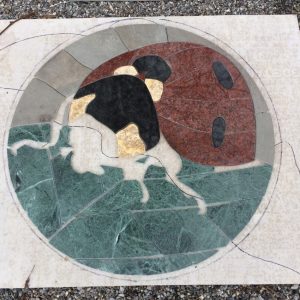 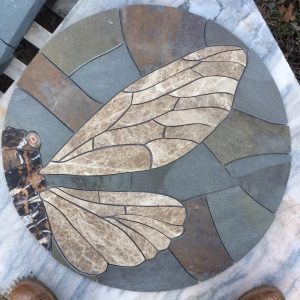 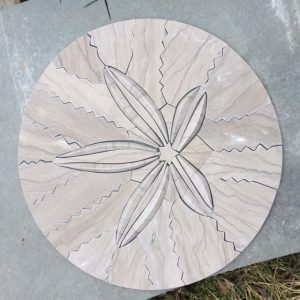 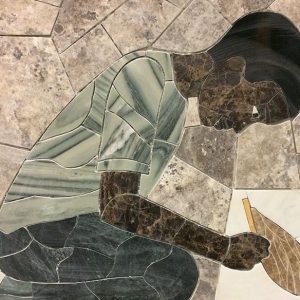 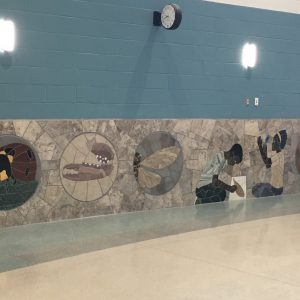 Watch a video and listen to Marc talk about the project.

“The Tiny Kingdom”, a 37 foot mosaic by Marc Archambault of Hammerhead Stoneworks is a natural stone mosaic that speaks to the idea of students making things and drawing the life they want for themselves. Elements of the natural world are depicted on 8 circular panels surrounding two children. One child looks through a magnifying glass and the other is drawing a cicada wing on a sheet of white marble paper.

The artist’s favorite element of this mosaic is the cicada. The cicada’s wing is made of light colored emprador marble which contains veins that echo the lines of an actual wing. The cicada’s body is made of a marble called Michelangelo.

A Praying Mantis has eyes made of Petosky stone. A wing of a Eastern Swallowtail Butterfly blend’s into a green background. A ladybug’s eye’s, made of labradorite, shimmer in the light and create depth.

This is the 2nd of 5 mosaics for 5 new Norfolk Public Schools Marc has installed.