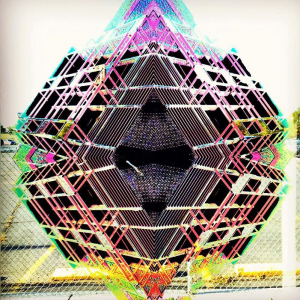 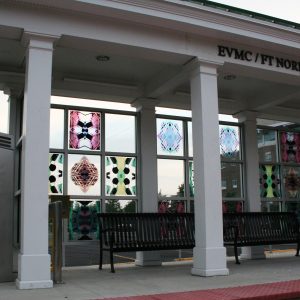 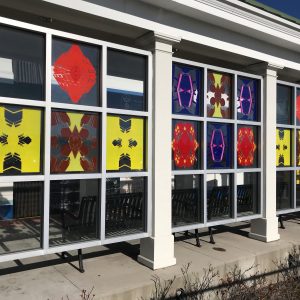 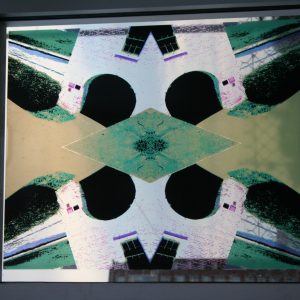 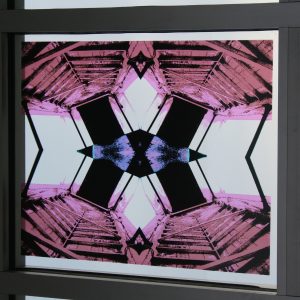 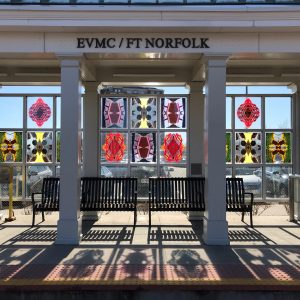 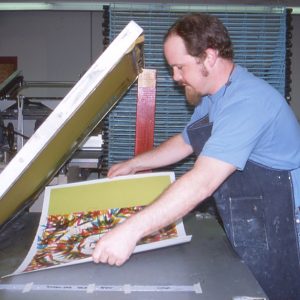 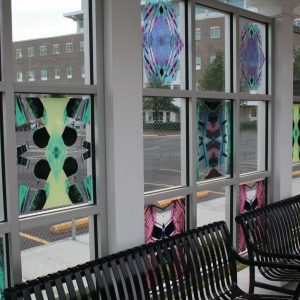 Getting on Your Optic Nerve

Clay’s first step in creating windscreen artwork for the EVMS Light Rail Station was to visit Fort Norfolk twice and the Medical Center once and take over 600 photographs between the two. After visiting Fort Norfolk during his first photo shoot he realized he wanted to work with the architecture of the historical buildings and grounds. Clay gravitated towards this idea due to its design similarity to his other works and a strong desire to leave the images open to the viewers’ imaginations, forcing them to experience the images on a mainly formal level at first glance. The Medical Center also offered many architectural possibilities and after deciding to go that route with Fort Norfolk, it seemed to make sense to stick with his architectural kaleidoscopes as a general theme and basis for the installation.

His plan, as with much of his current work, was to push the kaleidoscopic qualities and the possibilities of structural construction with these images. He further energized the compositions by pushing the color manipulation as necessary on an individual basis. He decided to use an image quality similar to the detail present in previous works where they are abstracted, yet more realistically identifiable upon closer inspection.

After making final decisions about the imagery for all the panels he had to decide on how they would fit into the grid of 27 panels on the windscreens in a series of printed and non-printed panels, or positive and negative space. He went through many variations and settled on the with the best flow, rhythm and visual vibration. The final piece references the source images in varying degrees while working together to visually enrich the station. The transparency of the printed ink layers and non-printed negative space panels allows plenty of light to pass through keeping the work from being too dense or heavy.